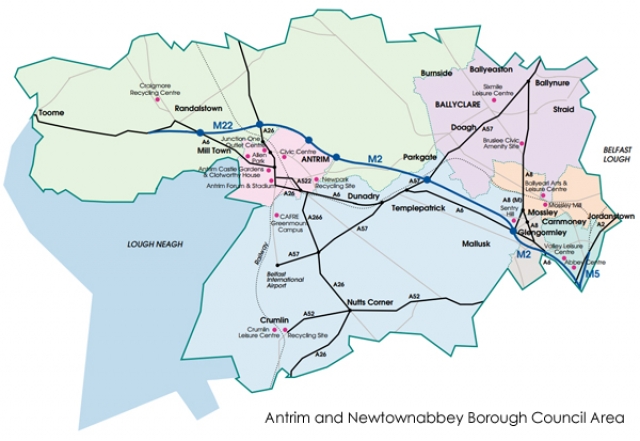 TODAY marked the beginning of important land and settlement decisions throughout Antrim and Newtownabbey Borough Council.

Antrim and Newtownabbey Borough Council today released their Preferred Options Paper outlining its vision for future development and settlement patterns of towns and villages within the council area.

The POP will remain open for public consultation until April 12th, 2017 whereby landowners are urged to get involved to help shape the landscape of towns and villages.

For the first time in over 10 years, landowners and farmers have an opportunity to promote their land for inclusion within a settlement parameter.  Land owners are encouraged to get involved early and have their say in setting areas to be zoned for development and areas to be de-zoned in this process.

Antrim and Newtownabbey Borough Council covers everywhere from Toome in the North West to Newtownabbey in the South East and includes the towns of Antrim, Randalstown, Ballyclare and Crumlin, as well as several smaller settlements.

HOW TO GET INVOLVED

If you are a land owner in Northern Ireland and are interested in future-proofing the development status of your land then it is essential to register your interest at this stage.  If you have land and would like it to be included for future development it is important to promote its inclusion.  Failure to do so could mean you miss out.

If you would like your land included for development, or to see if your land needs protecting, 2020 Architects are offering a free, no obligation feasibility.

However, there are no definitive rules and every piece of land is unique.  To get in touch with 2020 Architects and register your interest in protecting your land, please fill in the form below.

If you can submit a photo of your land (a screenshot off google or a photo of a DARD map or similar) we will be able to carry out the initial appraisal much quicker.