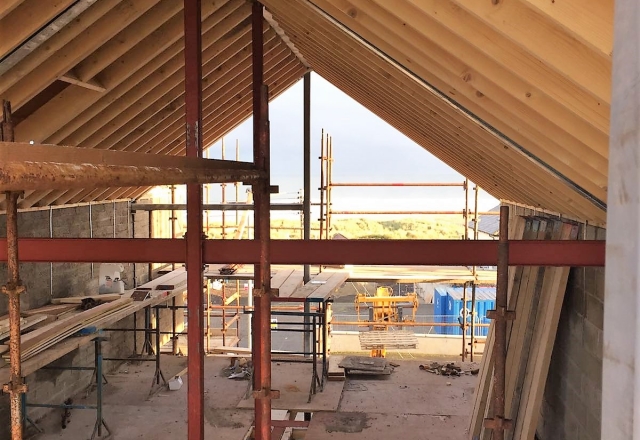 From 2020 onwards, all newly built or renovated houses in NI and ROI will have to comply with the Nearly Zero Energy Building (NZEB) standard.

This directive also requires that all new public buildings must be nearly zero-energy by 2018.

Europe has been driving the recent changes to the building regulations in both NI and ROI, through its Energy Performance of Buildings Directive (EPBD).  This aim is that we will get to a stage where all buildings are of such a high thermal performance that they require nearly zero energy to be comfortable to live in.

The changes envisaged in the EPBD are as such; that all new buildings and any existing buildings undergoing major renovation (defined as any work affecting more than 25 per cent of the floor, or façade, area) must comply with this standard, Europe-wide, from the end of 2020.

In practice, NI and ROI haven’t as of yet published detailed regulations showing how the standard is to be applied.  However, in ROI, the Irish government is proposing a minimum target for newly built houses of 45kWh/sqm/yr primary energy use, whilst deep renovations would be required to use no more than 150kWh/sqm/yr to meet the NZEB standard. This sets a good benchmark for NI and it is believed regulations in the UK will be introduced early 2017.   Make no mistake, the 45kWh/sqm/yr NZEB new-build target is quite a challenge: it is about the same as the Passive House standard in terms of U-values and thermal bridging.

Until such times the UK has its own regulations, we can use the Code of Practice for Retrofit published by the National Standards Authority of Ireland.  This outlines the kinds of fabric upgrade measures that will deliver the projected energy savings envisaged in the EPBD

Cavity wall upgrades  Full-fill cavity wall solutions may only take you part of the way as the U-value is largely dependent on t1he width of the cavity available. To achieve a specific U-value target may require an external or internal insulating layer in addition to a fully filled cavity. External insulation is generally better as it eliminates more thermal bridging and reduces the risks from interstitial condensation. It also retains the thermal mass of the wall which can help reduce the risk of overheating in summer. Such additional benefits come at an inevitable cost premium and may, in the wrong hands, impact on appearance.

Solid wall upgrades  There is sufficient evidence of failure now to indicate that external wall insulation provides the most robust, long-term solution to upgrading solid walls.  Internally insulating solid walls is inherently problematic and should only be considered after careful modelling using hygrothermal simulation software.  In particular, it may be necessary to remove all timber, or gypsum, trapped on the cold side of the insulation as its moisture content may exceed safe limits, promoting mould growth and even structural decay.

Timber frame  Additional internal insulation should normally only be added to a timber frame construction directly to the existing insulation layer.  A vapour diffusion balance of at least 5 to 1 is recommended with the outermost diffusion-open layer facing a well ventilated cavity.  Alternatively, it may be possible to remove the outer rain screen, add external wall insulation and then reinstate a ventilated rain screen, provided the 5:1 diffusion balance is achieved.

Structural insulated panels (SIPs)  The inherent airtightness of structural insulated panels makes them relatively easy to upgrade.  However, successful upgrading demands careful control of air leakage.  Before and after air permeability testing it is advisable to ensure that the upgrade has not introduced additional air leakage. Foil-faced insulation boards with taped joints are easily installed and can then be finished with a services cavity and plasterboard layer. Solar driven moisture is not generally a concern in this form of construction because of the ventilated external rain screen construction. 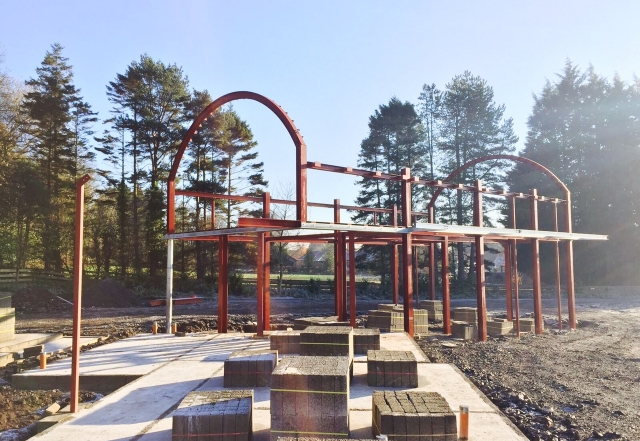 Roofs  Insulation above the ceiling is easily done, cheap and effective, provided that sufficient air circulation can be maintained in the roof space above the insulation. There should be a noticeable draught at all times, a requirement that can present difficulties for blown insulation materials.  Care is needed to ensure that the roof space insulation overlaps the wall insulation and any possibility of air infiltration into the roof space insulation is avoided. This is best done from above by removing the lower rows of roof tiles. Insulation between rafters, beneath rafters and above rafters are all possible but each has a different condensation risk profile.

Floors  It is a little appreciated fact that Irish floors lose most of their heat horizontally out through the perimeter, not downwards.  Raised timber ground floors are best insulated from below or by removing and replacing the floorboards.  Care is required to insulate between the wall and the first/last joist, even if it is only 20mm. Expanding foam can be useful to fill this gap.  It is vital to produce an air-tight seal of the insulated raised floor.

In summary, NZEB new-build or retrofit is not something that should be undertaken without careful consideration of hygrothermal (condensation) impacts. In other words, mould growth is a real risk if the designer and installer don’t have the skills set to avoid it.